The term figure painting also refers to figurative painting. These are umbrella terms which are used to refer to representational art, based on the art of figure drawing. Figure painting emphasizes on the realism of the human form, instead focusing on artificial genres of portraiture and representational art. Commonly, figure paintings include the depictions of people in situations which are informal. No special emphasis is given to the human face in this form of art. It is important for you to know about the history of figurative painting, if you are interested in the subject.

Painters of the stone age who painted on caves were the earliest figurative artists in the world, who incorporated crude representations of hunters of their era. Overtime, Egyptian painters also painted several figurative paintings followed by painters from Rome, Greece, and Eturia.

Renowned figure painters of the Renaissance

Most of the Italian Renaissance painters were skilled in the art of figure painting. Leonardo DA Vinci possessed wide knowledge about anatomy, and could represent human expressions and physiognomy in his paintings. He used sfumato for creating intricate shading, and accounts for being one of the best figure painters in history. His most popular works include The Last Supper, and  The Virgin of the Rocks.

Michelangelo is considered to be the greatest and most influential figure painters in the history of art. His most famous work includes the biblical images painted on the altar wall and ceiling of Rome’s Sistine Chapel. The ceiling fresco included more than 300 unique figures.

Roger van der Weyden from Flanders, and Matthias Grunewald from Germany were great figure painters during the Renaissance period from outside Italy. Their altarpieces raised the standards of the depiction of the human body.

From the 16th century, Cravaggio was the first artist ever to depict religion related figures as normal, ordinary people. The Death of the Virgin is the greatest example of this style. Paolo Veronese is another artist from this era who is renowned for his work, Wedding Feast at Cana and Feast in the House of Levi.

The figure painting tradition during the 17th century was kept alive by Old Masters such as Rubens, and Velazquez, who led the Spanish school of figure painting. Italian painter, Poussion is also remembered for his masterpieces such as The Abduction of the Sabine Women.

During the 18th century, human forms in figure painting became more advanced. William Hogarth, and J.A.D. Ingres were the most renowned painters of this era.

Edouard Manet was a French artist who is one of the greatest modern figure painters. He focused on subjects such as drinkers, beggars, prostitutes, and the Parisian bourgeoisie. Olympia is one of his most famous paintings. 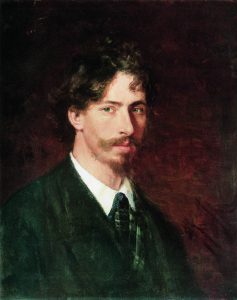 Ilya Repin from Russia was a painter who focused on the realist genre and portraits. He is noted for his canvases which depict revolutionaries, peasants, and religious processions.

Edgar Degas was another important modern figure painter who focused on the human form. His figure painting subjects included ballet dancers, portraits of his friends, female nudes, and pictures of Parisian women.

In the 20th century, Pablo Picasso was considered to be one of the best figure painters and artists. Figure painting is an intricate art form which has been practiced since the stone age, and is practiced even today.

Mythological Figure Paintings That Wow The World All The Time